The History of Medical Terminology

Modern medical terminology includes words of great antiquity and others of very recent coinage. Some ancient terms boast of continuous existence with meaning and form unchanged from some dim, almost prehistoric period to the present. Some have retained their significance but have suffered changes in spelling; in other instances, the reverse has occurred. While this has been going on, the demands of advancing science have necessitated the finding of new words. Some of these so-called new words have been resuscitated from the ancient classics, others have been coined from Greek or Latin roots with a result that would be meaningless to a Greek or Roman. Often an unhappy marriage of two tongues has been consummated, to the horror of the classicists.

All of this sounds as if the result must be a state of confusion, but actually things are not so bad. Although there are many exceptions, there are still a number of well-established principles which dominate the situation. These deserve individual consideration. 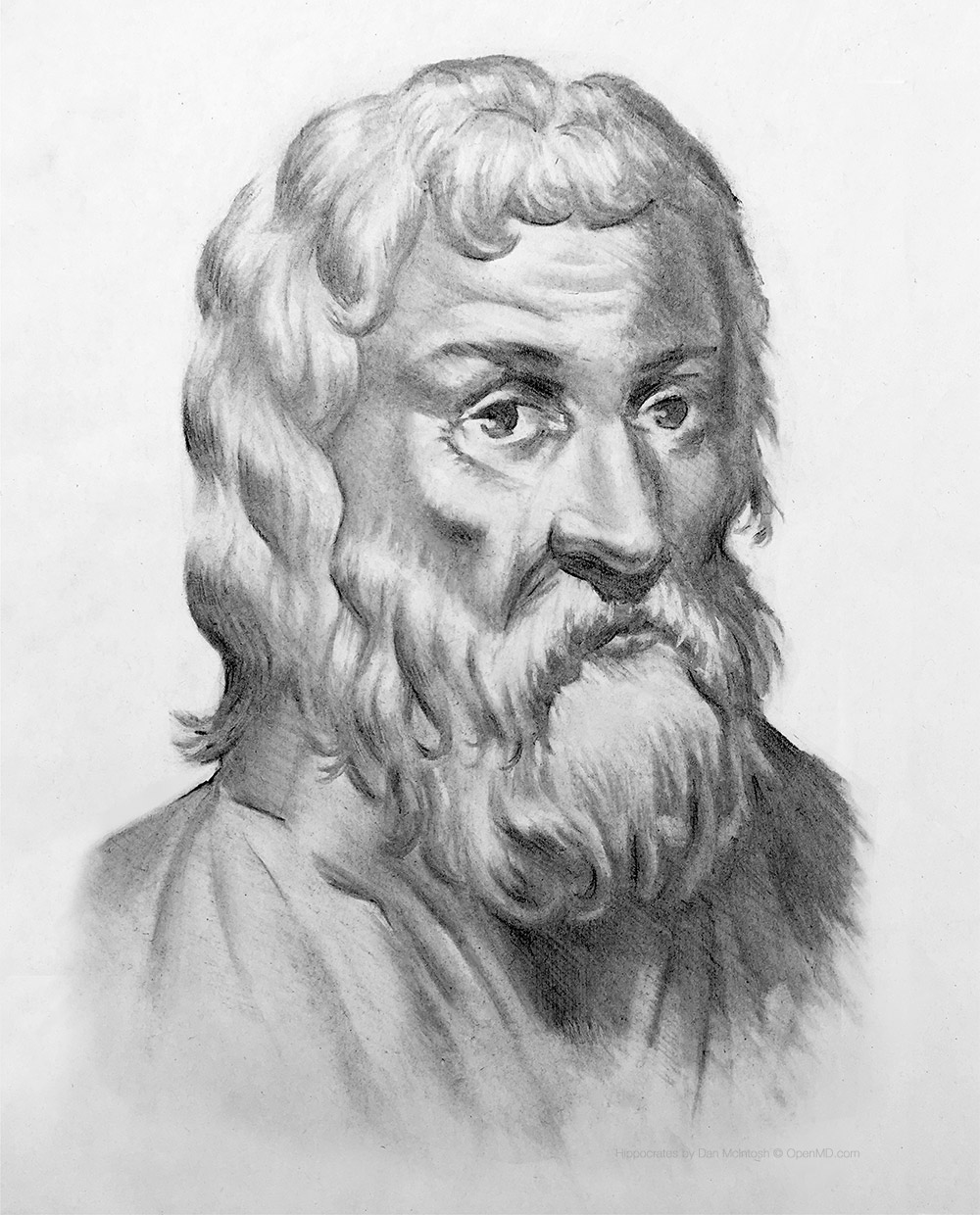 First and foremost, one must appreciate the continuing importance of the mass of medical terms which amazingly made their appearance in the writings of Hippocrates (born 460 B.C.). It is not known with any certainty from what earlier sources Hippocrates obtained these words—possibly many were translations of Egyptian terms into Greek, and some revealed the earlier medicine of Crete. Be this as it may, we still use medical terms which first appeared in the writings of Hippocrates; and it is said by Edmund Andrews, in A History of Scientific English, that 75 percent of present-day medical English can be traced back to the Greek of Hippocrates and of the Alexandrine school of the following period. Such familiar terms as arthritis and nephritis were used by Hippocrates, and indeed this modern-sounding suffix, itis, was already tending to supersede the older ending which still persists in such words as pneumonia and ophthalmia.

As might be expected, it is in the field of anatomy that most of these early Greek terms were employed and have survived. Also, as would be anticipated, many of these anatomical terms were based merely on a supposed resemblance of the anatomical structure to some familiar object; for example, acetabulum was a vinegar cruet.

The number of words persisting from the time of Hippocrates until today without having stopped over in Rome is relatively small, compared with the number of terms of obvious Greek derivation which did for a time form part of the Latin medical vocabulary, or which were coined since the eighteenth century.

The physicians from Alexandria who began to invade Rome in the second century B.C. brought Greek terms with them, and at least half of the Latin scientific terms were borrowed from the Greek. No further words were taken from the Greek until the fifteenth century, but in the twentieth century, the rapid increase in scientific knowledge required an enormous number of new words. So many of these have been coined from Greek that today a Greek-appearing scientific term, perhaps with a consonantal diphthong ph or ch in it, is far more likely to be a recent coinage than it is to be a long-used term. Such words may properly be called neoclassicisms.

We see, therefore, that in the first and second centuries B.C. Greek medical terminology was being used in Rome and, of course, was being influenced in the process. Few words of the earlier Latin terminology survived, and those that did were earthy terms such as penis, testis, and anus. The Greek terms often became latinized with Latin spelling and endings, as, for example, the Greek perikardion became pericardium. This change of Greek k to c was the rule, but it is interesting that in the new coinages of the nineteenth and twentieth centuries one often finds a return to the original Greek k. As a result, it is often impossible to distinguish modern coinages from original Greek terms. It is also often impossible to tell at a glance whether a word comes straight from the Latin or whether it is a latinized Greek term.

Still other changes went on in medical terminology in Rome, the results of which continue to plague us. Sometimes a Greek term existed in two forms, one with a Greek ending, the other with a Latin; thus thermic and thermal, dermic and dermal. Even worse for us was the habit of continuing to use Latin nouns for an anatomical structure but of turning to Greek for names for pathological processes in that same organ. Thus ren = the kidney, but nephritis instead of renitis; oculus = the eye, but ophthalmitis. No wonder terminology today is difficult. In that period, also, many hybrids were coined. Then, as now, Greek was preferred for new coinages, because Greek, with its many prefixes and suffixes, lends itself to this purpose better than Latin does. Our modern medical dictionaries, it is said, are a quarter-filled by words formed with a prefix or suffix. Only Greek words with diphthongs difficult to pronounce were avoided, although some, such as pneumonia and dyspnea, are with us still. 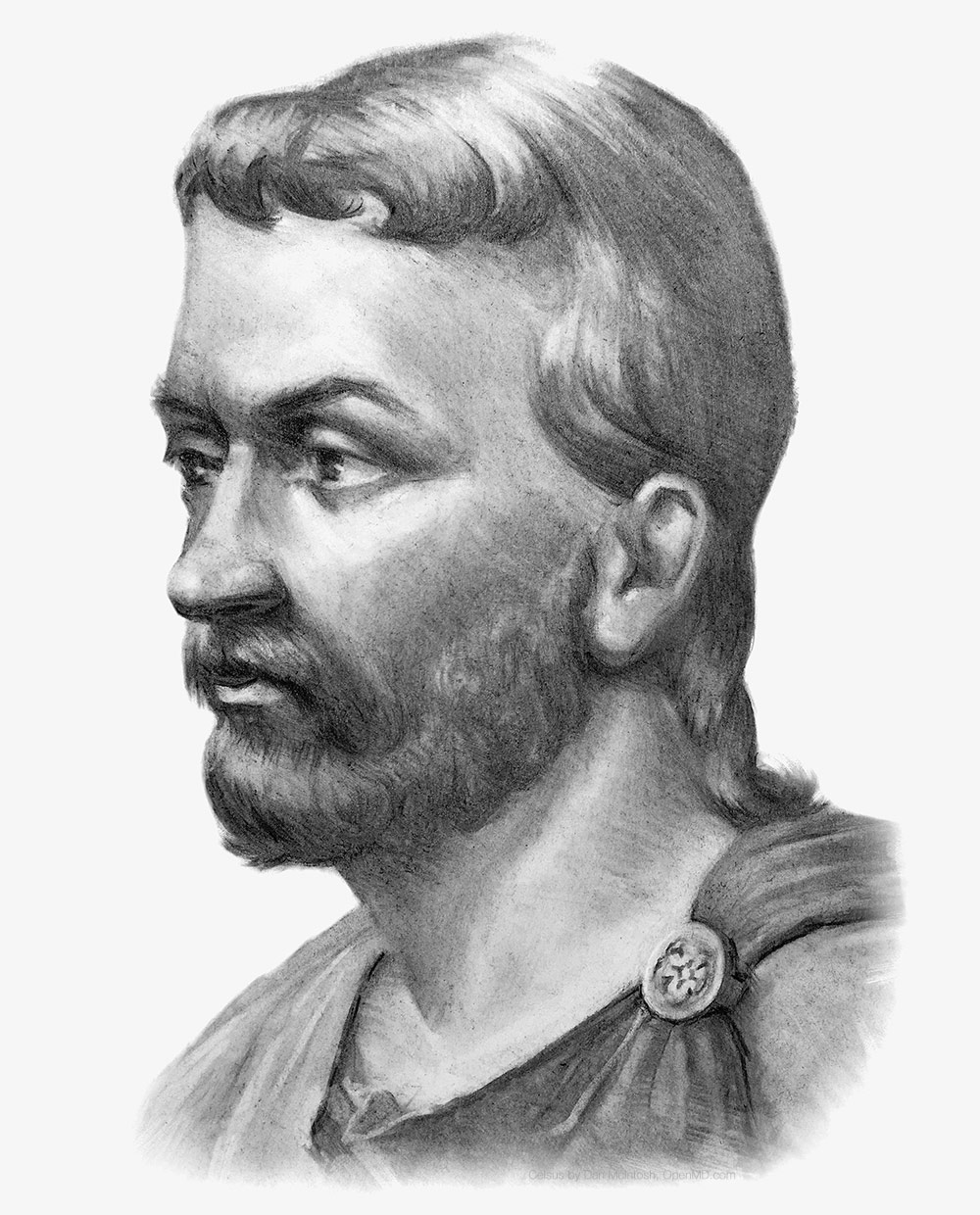 Much of modern scientific terminology is found in the writings of Celsus, and as one looks up some apparently modern term one finds the note, “used by Celsus or Pliny,” both of whom lived in the first century A.D. After their time, however, came the dark period in which much of Latin and Greek medicine was buried out of sight and survived only in religious texts. Some few terms survived in the medical practice of the time, chiefly in the hands of the monks, but not until the classical writings of Hippocrates and Galen were re-translated from Arabic editions into Latin did the whole earlier medical terminology again become available. In this process a few of the original Arabic terms, when they defied easy translation, were brought over unchanged, as al cohol and al chemy. With the revival of scientific knowledge during the Renaissance in the sixteenth century, medical science also came to life, especially in anatomy. Into English came an increasing flow of words, at first only from the Latin, which, of course, included Greek terms—as, for example, nausea, larynx, and skeleton. These words were added to the existing Anglo-Saxon terminology, and in the meantime the Norman conquest of England had opened the way for the importation of scientific words of French derivation in the following centuries.

In France, Latin during five hundred years had grown into French, and any medical terms staying for such a long visit became changed, in just the same fashion that Greek words had been altered in Rome. So the words imported into English scientific terminology often hid their actual etymology under a Gallic disguise—as, for example, migraine and cretin did when they came over toward the end of the eighteenth century. Words still continue to come from French into English medical language, but most of these are newly formed words coined to meet a need, such as anaphylaxis. Similarly, from Germany has come a stream of neoclassicisms, such as leukemia, coined at the necropsy table by Virchow, who indeed originated many new terms. Few truly German words have entered our vocabulary.

Just as Latin words were altered in France, so various terms underwent change in England. This is a well recognized process, which progresses more rapidly when a word enters common speech and is not preserved in its initial form in print. Andrews quotes many examples: rickets from rachitis, palsy from paralysis, and, in recent times, “flu” from influenza. Dropsy from hydropsis is another. 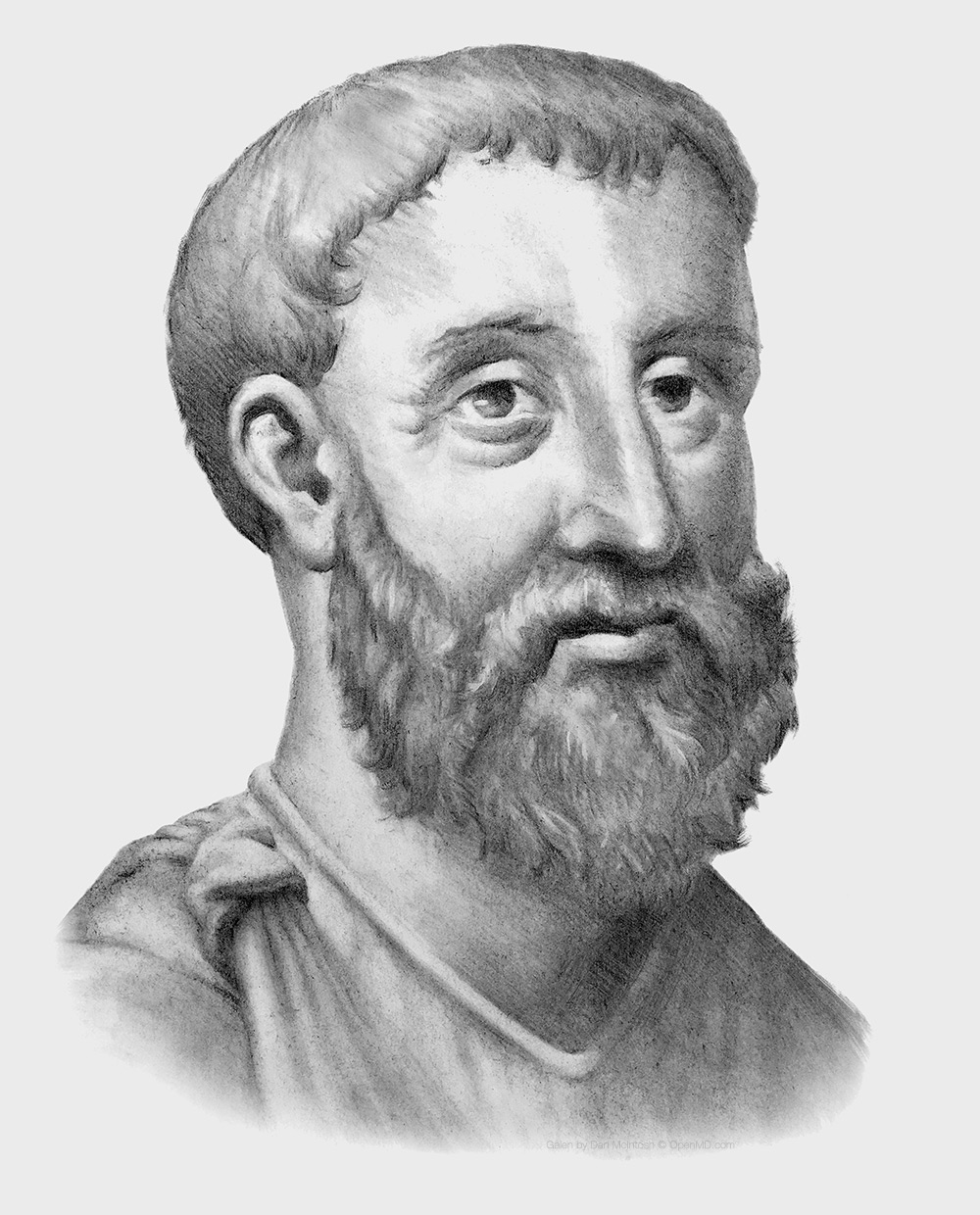 Of the coining of new terms there is and can be no end. Sometimes the originator of the term turns for his roots to Homer or Vergil rather than to Hippocrates or Galen. Modern bacteriological terminology is a good example of this. Furthermore, when no suitable name or term can be thought up, there is a tendency to evade the issue by the use of a personal name, or eponym. Many of the new terms would have to be explained to Hippocrates just as they must be to us; what would he make of ballistocardiogram—perhaps a love letter? (Gr. ballein = to throw, kardia = heart, and gramma = a writing.)

Despite all the study that has been given to the subject of medical terminology, there are many medical terms whose derivation is still uncertain. Most of these are, as might be expected, anatomical terms, for these terms are the oldest. Many of them date back more than two thousand years, and it is not surprising that such ancient words may lack a birth certificate. Included in the list of terms of uncertain origin are words as familiar to us as tonsil and abdomen. The Romans used the word tonsilla, and in the old medical writings this term was used to indicate the tonsil—but in Roman days the word meant a mooring post for a ship. There is even more confusion about the derivation of the word abdomen. It is found in the writings of Pliny (A.D. 50), used with its present meaning. Some suggest it comes from abdere, to hide away; others, that it is related to the word adeps, meaning fat.

From this very brief discussion we learn what a complex parentage our medical terminology has. Less than five percent of it is of Anglo-Saxon origin—the rest is from the Greek, Latin, Arabic, Semitic, French, or Italian. Greek terms often were latinized and were subsequently modified in France; we ourselves have been, and still are, anglicizing them. Any pretense of obeying the rules of Greek or Latin grammar has been abandoned in dealing with words of those tongues. Fortunately, the number of living teachers who still insist on the use of stigmata, instead of stigmas, is rapidly becoming smaller. Let us use the adjective saphenous as a noun if we want to—let us do anything we can to make medical terminology, which is a tool we must use, a tool easier to use and one perhaps to enjoy.